For me, there is no true spring without blue frogs

It is true that the Slovene “kurenti” chase away winter, but for me, the true beginning of spring does not start without blue frogs. We natural scientists may view time a bit different, but when I mentioned to somebody that I used to take photos of “blue” frogs, they just look at me weird. They do, however, look at the photographs and are astound, but a hint of doubt still remains, no-the-less. 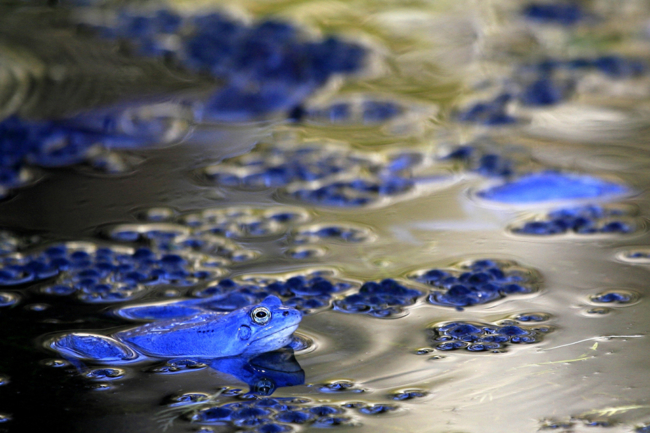 I can remember that fateful 14th March, when I first saw those illusive blue frogs. Of course, I am talking about the Moor frog or “Plavček” (literally meaning Bluey) in Slovene, scientifically named Rana arvalis. At the break of dawn, I stood on the edge of a pond, and although the frog activity at that time was still a bit early, I still hoped that a heron would fly to the water and try to find its breakfast in front of my lens. So I stayed without moving a muscle, sitting in the middle of the pond, and only moved my eyes left and right to see around. But only after a few hours when the sun rose and shined at the ponds water, it started to happen. First an eye emerged and looked out of the water’s surface, and made the distinct “blub” sound along with it. Naturally, you are tempted to just jump and make a picture; but these frogs are extremely careful, even the slightest movement, the tiniest jerk in the wrong direction – and they immediately hide in the water. But my patience and perseverance were awarded at the end. A good half hour in of waiting in the silence and not moving, they started to get comfortable and accepted me as one of their own. And from that point on, photographing them was much easier. The memories of this experience stayed with me, forever, till this day. 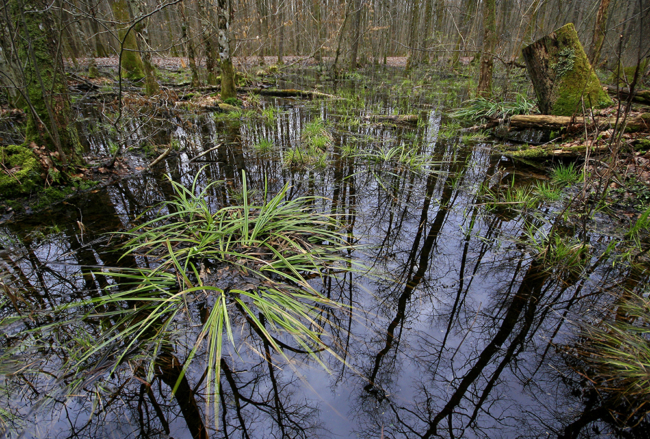 Although the Moor frogs belong to the family of brown frogs, the males turn into a blue color in the early spring to attract mates for mating season, and that is why they got their name in Slovene. The mating costume is not permanent; mostly it only lasts for a few days, which makes photographing them even more interesting. Many of my previous tries in the beginning ended up being hour long meditation exercises in middle of swamps and without a single frog photo taken. And my retake exam would be next year. And if I failed those, I had to re-retake them in the year after. 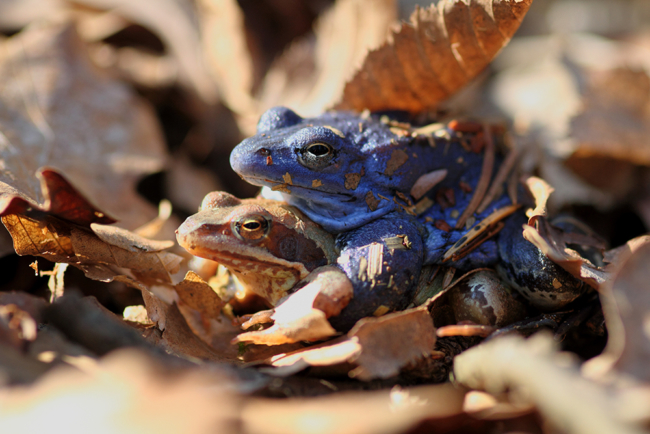 Even their breeding ground and habitat is extremely limited; you can only find them in the lowland swamp meadows or in over flooded woods, stagnant river branches, swamps and ponds, where they mate and lay their spawn. In Slovenia those areas are in the woods Krakovski gozd, in the stagnant river branches around the river Mura, in Podravlje and in the marshes of Ljubljansko barje. Because of their intense wedding dresses, they are extremely attractive, but when photographing them you have to be careful and also respectful, so they can fulfil their duty, as they are intended to. 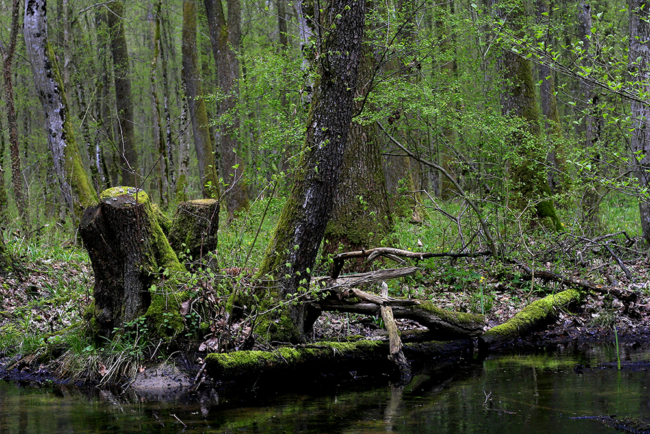 Well, for the end an interesting fact. The Moor frog is not the only animal kind, who has the same Slovene name “Plavček”. Besides the mentioned amphibian, there is also a bird called “Modra sinica” in Slovene (Parus caeruleus) and a floating fern (Salvinia natans). It is also interesting that, in the stagnant river branches around the river Mura, you can find all 3 of them at the same time. Happy spring to everybody! 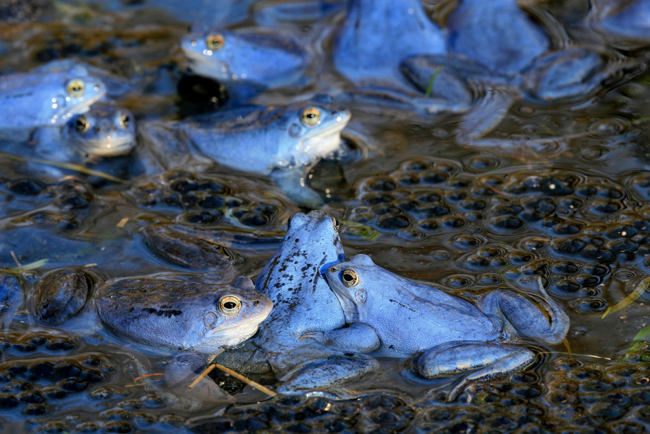 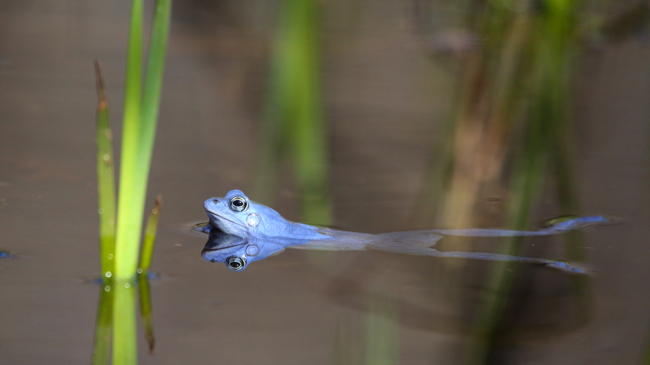