This year marks the 20th anniversary of the first Slovene alpine expedition to Antarctica. Our goal was to climb the highest top of this continent at the other end of the world. We succeeded and Slovenes ended this interesting climbing challenge, which was to climb all the highest mountain tops of all the continents. And all the intense adventures were deeply engraved in my heart. That is why even reminding me of this embarking, which may not be the most beautiful one in my life, is still very present even to this day. 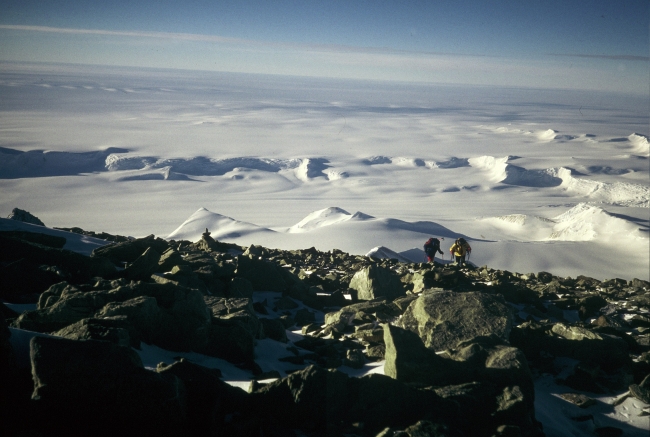 Antarctica is a continent that lies east from the Sun, west from the Moon and is the most south place of the whole world. It can be accessed only through the air or the sea. This child-like continent at the bottom of the planet, lies about 1000km of freezing-cold Arctic sea in the south of South Africa, 3600km south of Africa and 2200km south from Australia. It is bigger than Europe and twice as big as Australia. It is covered in an icy blanket, so it is hard to even imagine how big it really is: 8 million km² of thick ice, which has such a mass, that a good portion of the land is covers is deeply sunken into the ocean. Its surface is covered with wrinkly mountains, which are again smoothed into valleys, and shaped through the sheer whipping-force of the strong winds blowing, formed almost like ice-sculptures. There are also no constant human settlements there. 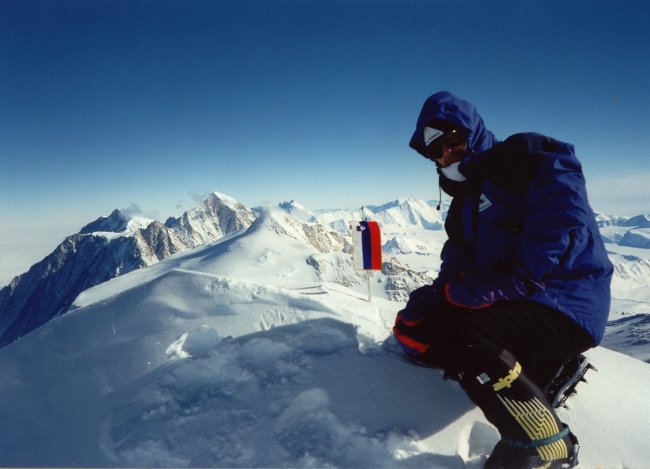 This is a land of unimaginable beauty and filled with secrets, which no true adventurer can leave behind. For many centuries, this cruel continent gathered people of all sorts onto it: adventurers, scientists, discoverers and whale and sea lion hunters as well. They were all well prepared to face all the dangers that lied ahead of them, just so they could uncover all the secrets that laid hidden. Freezing temperatures, floating ice, layers of ice on the continents, windstorms, scurvy and long polar nights, gave the continents its title of: The windiest continent of the world. The land itself has a temperature of about -89,7°C. On the very South Pole there is 6 months of day, followed by 6 months of long cruel nights. The sun rises and sets just once a year. 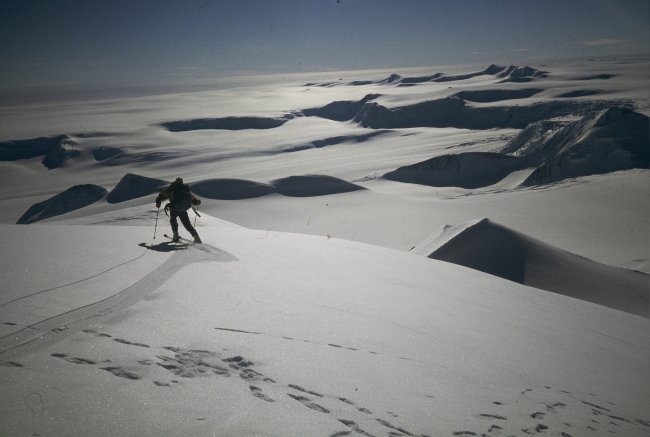 On the beaches of Antarctica lay mighty icy mountains, which break away from the continent and fall, with a loud and mighty thunder, into the ocean, where they drift off into the distance. A view that makes the continent seem even more remote. But despite the danger, these beaches are home to all sorts of different wildlife. Penguins, sea lions, whales, sharks and countless birds. The tallest mountain of Antarctica is Mount Vinson and is almost 5000m high. The sheer look from the icy top to the neighboring mountains takes away the breath of even the bravest climbers. 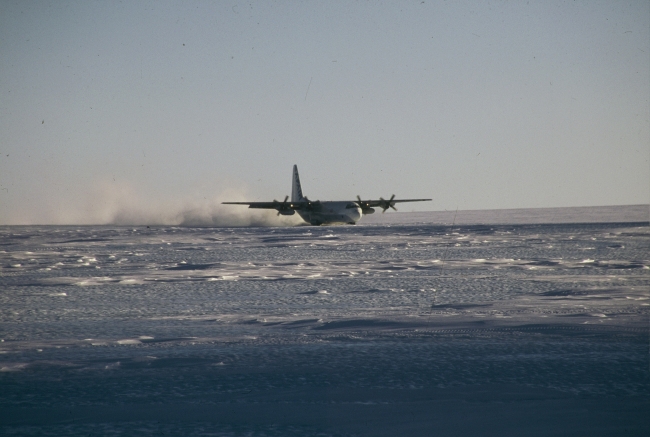 Antarctica is no-mans-land and at the same time, the property of each and every human living on earth. The yearning of every person who wishes to set foot on this land, discover it’s beauty and secrets, to test the human strength to their very limits, is sadly not as great, as it once used to be.